As millions of pounds worth of alloys, aluminium and alluring new car models took centre stage at the Geneva Motor Show, Aston Martin decided to be bold in the face of yet another set of disappointing financial results.

It was up to the car manufacturer’s new Chief Executive, Andy Palmer, to break the news that despite the new Vulcan and Vantage GT3 models they’d introduced to the petrol heads, the greatest change for the company came at a strategic level – and it pointed towards the adoption of an inbound marketing strategy.

Inbound marketing focuses on creating quality content that pulls people towards a company at an earlier stage in their buying decision – a methodology that we us as a company, and we implement across many of our clients too.

The sign that Aston Martin had taken the decision to adopt an inbound marketing approach was hinted in the Chief Exec’s speech as he introduced his new ‘buyer persona’ – a cornerstone of any inbound campaign.

Charlotte, a “fictitious, idealised vision of the sort of new car buyer Aston Martin wants to attract” was introduced as a rich, American female in her 30s, also described as a “cool” and “attractive lady”.

But why have one of the most famous car names in the world now turned to a different marketing approach? Here’s just 3 reasons why they’ve said yes to inbound…

1 - They need to make money In the BBC’s own words Aston Martin has “been loss-making for decades” and no matter how many partnerships, investment funds and billionaires pump cash into the UK-based firm, now is the time that the company looks to give itself a stable financial footing.

Although no one can point towards one type of marketing as a guaranteed source of income, implementing an inbound marketing methodology will certainly help to streamline the company’s efforts and enable them to target more effectively.

If the strategy is right, and the content created for ‘Charlotte’ is successful, the chances of Andy Palmer (above) and Aston Martin slashing their losses over the next few years is a real possibility.

2 – They need a new target market 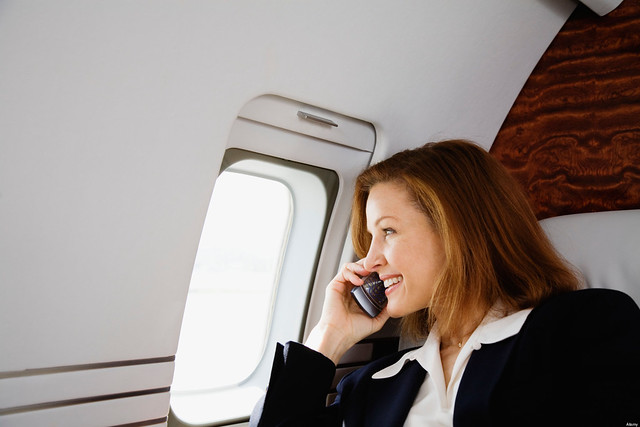 Clearly, by embracing the American female audience, Aston Martin are widening their scope in search of new audiences and new cash.

When looking for a new target market, or ‘buyer persona’, it’s important to evaluate the current strategy and look for other ways of marketing. Are they really going to find ‘Charlotte’ reading the FT’s gadgets column? I doubt it somehow.

Implementing the methodology means you get to know more about your buyer persona than you ever would before. Using workshops with our clients, we ask questions about their buyer persona such as: “What are their professional goals?” and “What are their favourite ways to communicate?” to try and get a sense of who these people are that we’re targeting.

Going in-depth this much will allow Aston Martin to get to know their new audience as soon as possible, meaning their campaign kicks-off with a bang straight away.

3 – Because nothing else has worked Despite being the car in iconic James Bond films including ‘Skyfall’, ‘Die Another Day’ and ‘Goldfinger’ – and having a fantastic reputation amongst the automobile world, clearly this hasn’t helped turn their financial situation around.

They even tried releasing the most expensive car in the world, the £1.2 million One-77 model in 2008 – during the midst of the economic crisis. Needless to say, this promotion didn’t work either.

It goes to show that firms can spend millions on advertising and promotional placements, but not reap the rewards of their efforts.

What Aston Martin clearly need is a defined strategy around their new target market. This scatter gun approach does not work anymore, and simply plonking an advert in the next edition of ‘Vogue’ is not going to help either.

How much the car manufacturer will look to roll out inbound marketing is hard to tell at the moment. Although they haven’t created buyers guides, catalogues or blogs that they’re promoting on their website to ‘Charlotte’ – the actual methodology has clearly been implemented and they’re using it to shape the business and the next batch of cars they produce.

As I said at the top of the blog, a bold move by the CEO, but a move that was desperately needed to turn the loss-making, super brand around.